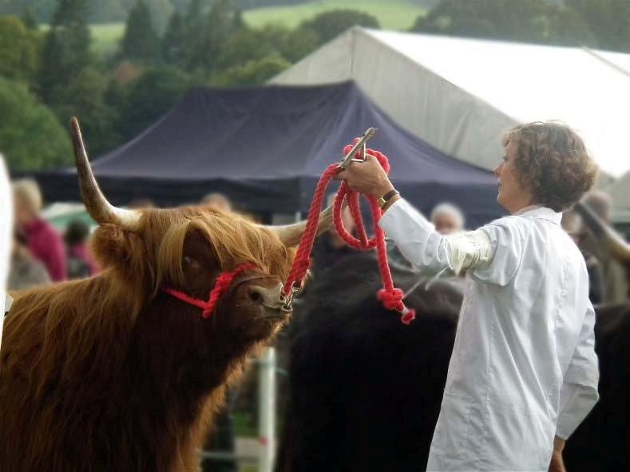 
Many of our guests fall in love with our Marrick Park Fold of Highland Cattle that can be seen grazing in the fields around the Old Vicarage. For those who want to get to know them better, there are plenty of opportunities to join in. Children in particular like to comb their long coats.

We will be doing a lot of handling over the next few months because the show season has now started and it is a tremendous amount of work to produce the ‘super models’ for the show ring. They do look splendid though, with their hooves and horns oiled, and their coats shampooed, conditioned and combed. And we spend a lot of time haltering them and training them to lead well in the show ring, to show them off to their best advantage.

Over the next few months, we will be attending several shows in Northumbria and Yorkshire, including the largest show in England, the Great Yorkshire Show, held in Harrogate from 10-12 July. Here the competition is fierce, with exhibits from Scotland as well as all over England. Last year we were delighted to win a first with Rhian, a newly calved heifer and are hopeful of success again this year..