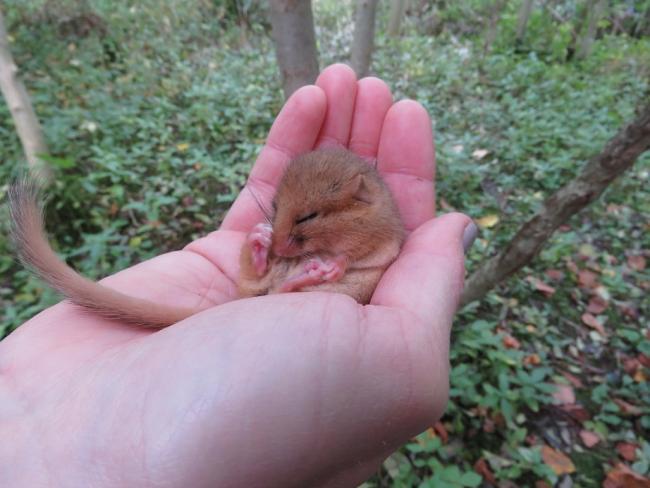 The Yorkshire Dales provides an abundance of rich and wonderful wildlife habitats and we are lucky to have a wide variety of animals and birds on our doorstep.

Amongst the smallest of our residents is the hazel doormouse (think Alice in Wonderland!), which is also one of the country's most endangered mammals. A report by the People's Trust for Endangered Species published last year found numbers of doormice had fallen by almost 40%, nationally, since 2000 due to the widespread loss of woodland and hedgerows, and fragmented habitats.

The dormice were reintroduced into this area in 2008 and 2016 and have become established in two hazel woodland areas in neighbouring Wensleydale.We are delighted to learn that a project to link the two sites has just received £123,000 of funding, which will enable the planting of more than 1,700 metres of hedgerow to provide dormouse-friendly corridors so that populations can spread out.

The work at Freeholders Wood near Aysgarth and a woodland site nearby will take place over the next three years and will be funded by grants of £75,000 from the People's Trust for Endangered Species and £48,000 from the Yorkshire Dales Millennium Trust.

Dormice are usually found in hedgerows and woods, where they weave ball-like nests over the summer before hibernating at ground level between October and May.